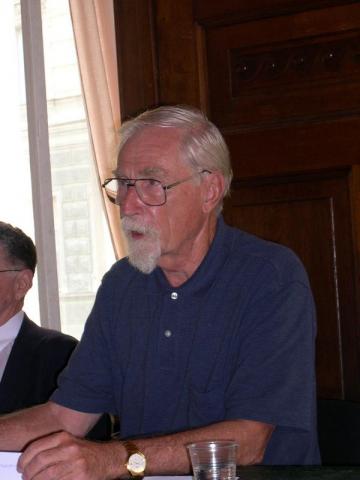 Sad as it is, the news of D. Barton Johnson’s passing fills me with a sense of comfort. With this milestone behind him, the inquisitive mind of this professional codebreaker and problem-solver is free to go on shining brightly in his writings, illuminating, supporting and delighting countless Nabokovians, Sokolovians, linguists, Russianists, Slavists – along with generations after generations of probing, discerning readers far beyond academia. This is space and time transcended, plain and simple.

As far as Nabokov studies are concerned, D. Barton Johnson’s lifework will always be synonymous with quality. Every user of this website is in his debt; he made spectacular early inroads into digital humanities before this term entered wide circulation. True, Nabokov’s appeal is global, but it was D. Barton Johnson who channeled this energy into a lively ongoing global conversation. As far as “death-be-not-proud” moments go, this is a fine one.

Having said that about D. Barton Johnson, I will go on to add a bit more about Don.

Zoran Kuzmanovich is right — “legendary” is the word to describe Don’s generosity to and patience with sundry aspirants dialing his number, emailing him, and wending their way up Tunnel Road, Thomas Guide by their side. Don advised. Don put in touch. Don facilitated. Don recommended. Don encouraged. Don interceded, time and again, writing on one’s desperate behalf. Don listened. Don smiled — discreetly, “into his beard” — and at once one knew better than to press on with an ill-considered point. And yet to some of us this “legendary” will always have a special level of significance. Don was, in his own words, “the first UCLA Slavic Ph.D. to graduate from the Department; the first to get a job; the first to retire with a pension.” You could definitely see him smile when he made that observation, but it feels mighty good to be able to say that in your awkward way you are following in his footsteps.

My last email exchange with him took place in 2015, and am I glad today that I told him how much I owe him, how much I value him. I am all but certain he smiled one of those smiles with which he greeted outbursts of Slavic effusiveness (in his day he endured a good few), and I don’t mind if I make him smile again when I say that D. Barton Johnson – Don – will be universally remembered with universal gratitude.