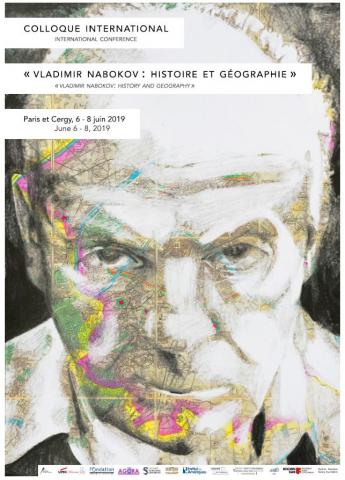 The year 2019 will be an important one in Nabokov studies. It will mark a hundred years since the beginning of the writer’s exile, forced in 1919 to leave Russia after the Bolshevik Revolution. It will also mark the 50th anniversary of the publication of Ada, or Ardor (1969), a major novel in which the author reconfigures history and geography on a global scale.

This conference aims at replacing the historical and geographical dimensions of Nabokov’s work on the critical map, which have remained relatively understudied for reasons having to do with a certain tradition of critical interpretation and reception. By examining the connections between Nabokov’s texts and history and geography, we would like to read Nabokov against the grain by questioning certain interpretations that insist on the autotelic character of his work and its resistance to historical and geographical discourses. History and geography represent however two major concerns in Nabokov’s writings, which work in close interaction and the study of which has recently brought to the fore a new understanding of Nabokov.

From this perspective, the conference will call attention to the changes of place and language as well as the historical evolutions that marked Nabokov’s life and career. Of interest will also be the notion of referentiality and the ways in which historical and geographical realities are transmuted into fiction. On these accounts, various spaces and times in Nabokov’s fiction will be explored, among which: Russia (its language, literary tradition, culture and history, the memories attached to it as well as its retrospective construction); Germany, Berlin and emigration; Germany and the rise of Nazism; Paris and the “blood spots” staining the streets in the wake of the Revolution; Paris and emigration; America as the land of territorial exploration and butterfly-hunting, where highbrow and pop cultures mingle; Switzerland as neutral ground, in relation with the suspension of history and the mode of the pastoral in Ada. The conference will also be the occasion to hear reflections on what the oft-used words “invention” and “creation” signify in the construction of Nabokov’s novelistic universes, as well as on the metaphor of writing as creation and exploration of a world discussed in “Good Readers and Good Writers.”