Welcome to The Nabokovian!

Welcome to the official site of the International Vladimir Nabokov Society (IVNS). You can access most of the site as you wish, but to add to or edit material wiki-style, as we would love you to do, you will have to register to the site by following the protocol spelled out below.

New Feature: Classics from The Nabokovian

Introducing a new feature: read classic articles from the archives of the print version of The Nabokovian. Selected by the site's editors, articles will be featured free of charge and will vary quarterly. Full access to all of the print and electronic issues of The Nabokovian are available on this site to members of the International Vladimir Nabokov Society (IVNS). To join, please go here.

Our inaugural article is Gennady Barabtarlo's "See under Sebastian," The Nabokovian 1990.24: 24-28. Enjoy your reading!

Although we knew that preceding Don’s demise his powerful brain did not function as of old, the very sad news of his death came unexpected. The loss is felt deeply, as the pleasure to have known Don has been a blessing for many Nabokovians.

I learned yesterday the tragic news of our loss of Donald Barton Johnson. Don visited the Vladimir Nabokov Museum in St. Petersburg more than once.
It always seemed to me that Don Barton Johnson possessed a certain Nabokovian secret, which he strove to convey to Nabokovians and readers.
I am enclosing my poem dedicated to Don, written long ago, but now it seems to me to be addressed to his eternal soul. 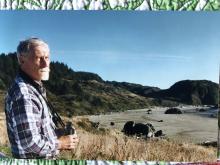 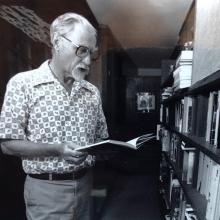 I’m happy to announce the publication of my new volume,

A gripping account of the 1948 abduction of Sally Horner and the ways in which that crime inspired Vladimir Nabokov's classic novel Lolita.

Sarah Weinman will talk about her new book with Dana Dragunoiu on Thursday, September 20, at 6:30 pm at the Ottawa Public Library, Sunnyside Branch.

Princeton University Press has issued a cheap ($17.95, cheap by Princeton standards) paperback of volume 1 of the revised (1975) Nabokov translation of Pushkin's Eugene Onegin, in their new Princeton Classics series, aimed at students; pagination, except for the front matter, remains the same as in previous editions. There is a new foreword by me.